After a while of getting no where and taking a short break from the frame work to work on other projects I have finally come back to Per Terra (still need to think of a better name for it). As it turns out I left it in a horrible state and had to put aside a few days just fixing issues that I had left in engine. A lot of which where linked to how I was calculating transforms. Shortly after fixing the issues in the engine I turned my attention to improving how the camera works. 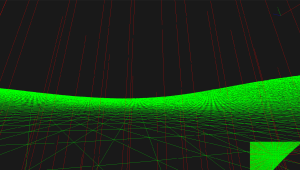 working and ended up a epilepsy party that got worse the more camera’s I added. After that it became obvious that it was not going to work with my current setup so a rewrite was necessary. With the re write of the camera class I ended up adding clear flags giving each a optional render texture output and a view port. With this I was able to get some results I was quiet happy with. 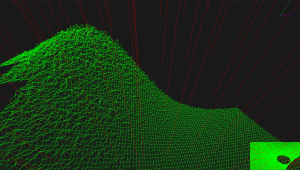 I am wanting. This was achieved by having a applying random noise at the start of the generation and doing several passes with twin perlin noise classes and combining the results of the result of them. It still needs a lot of work but it is one step closer to the results I want.